If you’ve never heard of the term mimbo, you probably haven’t watched the Seinfeld episode The Stall in a long time. As it popularized the fictional word. To discover everything that you need to know about the Seinfeld mimbo episode, simply continue reading. 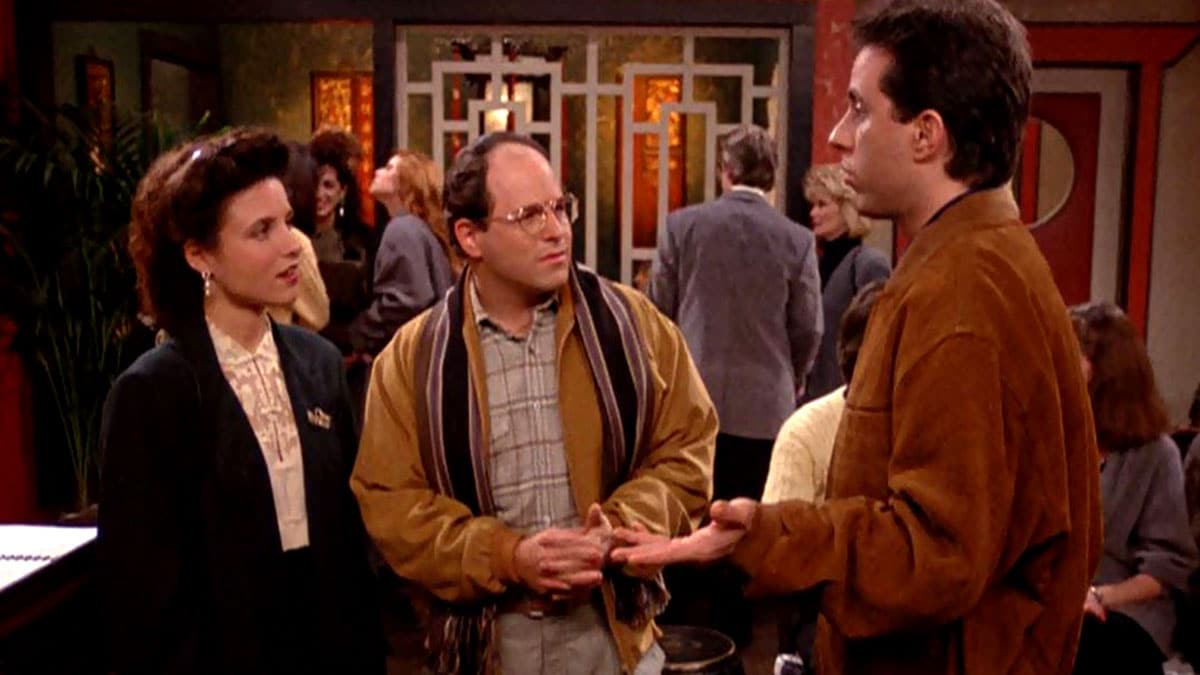 Jerry invents the word mimbo to describe a man who Elaine is dating:

While George looks up to Elaine’s new boyfriend Tony who he describes as being “a cool guy”, Jerry can’t stand him and tells George that Tony is a mimbo. A shortened version of male mimbo. Jerry explains that Tony is an airhead, who Elaine is only interested in for his model good looks.

George, Kramer, and Tony decide to go rock climbing together. However, Tony takes a serious fall when George and Kramer neglect to secure his rope properly. While George quickly apologizes to Tony for his carelessness, Tony tells George that he doesn’t accept his apology and never wants to talk to him again.

Elaine worries that Tony has disfigured his face:

When Elaine hears that Tony fell and got severely injured, her first concern is that his face may have been injured during the horrific fall. Proving Jerry’s suspicion that Elaine was only into Tony for his good looks.

A final scene was shot for the episode The Stall, which wasn’t aired. In the scene, Tony’s face has healed and he goes rock climbing with Elaine. However, when he spots a pimple on her face, he decides to break up with her. However, as this scene wasn’t aired Tony and Elaine’s relationship was never resolved, which annoyed some fans which were a fan of the pairing.

So if you want to see Tony and Elaine’s relationship play out and to see Tony coin the word mimbo, it’s definitely well worth watching or rewatching The Stall.