In the episode, The Strike, Jerry, Elaine, George, and Kramer visit Frank’s house to celebrate Festivus. A little-known holiday that involves two unusual practices the airing of grievances and the real feats of strength. To discover the main plot points which occur during The Strike simply continue reading. 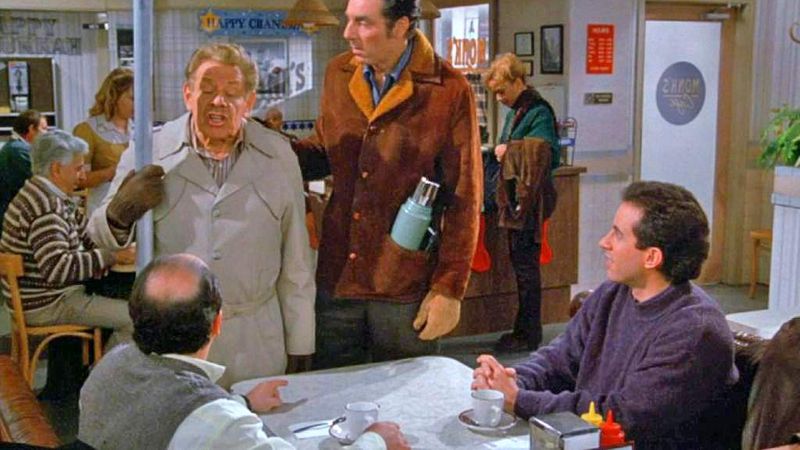 The airing of grievances:

During the group’s Festivus dinner they take part in a practice called the airing of grievances. During which each person around the dinner table, gets a turn to tell everyone else at the table all the ways which they have failed them in the last year.

The real feats of strength:

After the airing of grievances Seinfeld and his friends take part in the real feats of strength, a Festivus tradition where one of the dinner guests must pin the host to the ground. As the Festivus event can only end once the head of the party has been successfully pinned to the ground. However, the catch is that the host gets to select which individual they’ll wrestle against. While Kramer is originally chosen by Frank, he makes up an excuse to get out of having to wrestle Frank. During the episode, it’s alluded to that George had terrible experiences with this ritual in the past.

Dan O’Keefe one of the writers and producers for Seinfeld drew on his real-life experiences:

The Festival related events that take part in The Strike were inspired by the real-life experiences of one of Seinfeld’s producers and writers Dan O’Keefe, who grew up celebrating Festivus with his family. In regards to the episode, O’Keefe revealed that many of the strangest episodes in Seinfeld were based on real events.

So if you’re curious about Festivus traditions such as the airing of grievances, it’s definitely well worth watching the Seinfeld episode named The Strike.