The term quone was used in the Seinfeld episode The Stake Out, which is the second episode of Seinfeld to air. To discover what it means as well as the main plot points of The Stake Out, simply continue reading. 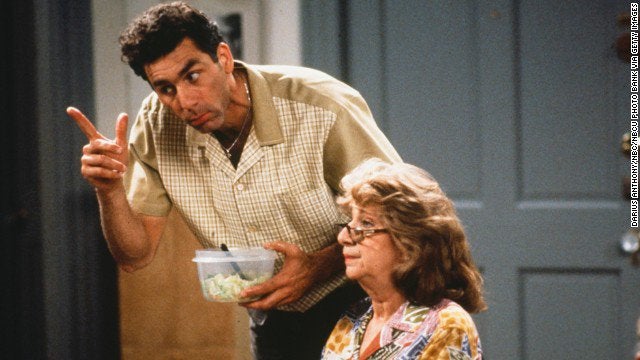 The group plays Scrabble and Mrs. Seinfeld tries to use the word quone:

In order to kill time, the group and Mrs. Seinfeld decide to play Scrabble. Desperate to win Mrs. Seinfeld tries to form the world quone, which isn’t a valid word. Jerry is instantly suspicious and looks quone up in the dictionary and discovers that it isn’t a real word. However, Kramer sticks up for Mrs. Seinfeld and argues that it’s a medical term meaning to sedate and that it could be found in a medical dictionary.

The word quone is now referred to in real life conversations:

Many Seinfeld fans use the word quone to refer to the act of individuals trying to pass off fake words as real words. Especially in word games such as Scrabble.

The rest of the episode revolves around Jerry and George staking out an office:

Jerry and George make the unwise decision to try and stake out an office building, where they believe that a woman that Jerry is interested in works. Jerry met a beautiful woman at a party but failed to get your number and can’t remember her name. As Elaine invited Jerry to the party and knows the mystery lady, Jerry could ask Elaine for her help. However, Jerry is too proud and is determined not to ask Elaine for her help.

Jerry’s parents are in town:

Jerry’s parents are in town and offer to help Jerry and George stake out the lobby of Jerry’s mystery woman at lunchtime.

So if you were curious about whether quone is a real word, it isn’t although it’s now commonly used in everyday conversations thanks to the Seinfeld episode, The Stake Out.

END_OF_DOCUMENT_TOKEN_TO_BE_REPLACED

There is a long-running gag throughout the Seinfeld series that pokes fun at Elaine’s lack of rhythm and inability to dance like a normal person. If you want to hear more about Elaine dancing, simply continue reading. As a bonus, you’ll also discover a few funny Elaine dance quotes. Elaine’s Dancing in Seinfeld George exclaims…

END_OF_DOCUMENT_TOKEN_TO_BE_REPLACED

Jerry and his friends plan to head to a dinner party together and trouble ensues. Most of the trouble which the gang gets into in The Dinner Party stems from Elaine’s insistance that the group purchases an edible gift for their host. As Elaine believes that it’s rude to turn up to a dinner party…

END_OF_DOCUMENT_TOKEN_TO_BE_REPLACED 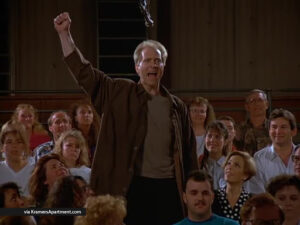 One tense episode of Seinfeld, which will keep you seated on the edge of your chair is the infamous kybosh episode which is titled The Opera. To find out who threatens Jerry’s career and the reasoning behind their scheme, simply continue reading. The Kibosh Seinfeld Episode Jerry’s enemy Joe Davola threatens him: Jerry receives an…

END_OF_DOCUMENT_TOKEN_TO_BE_REPLACED 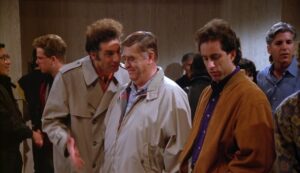