In the 54th episode of Seinfeld, named The Movie, Jerry plans to meet his friends George, Elaine, and Kramer to watch the movie Checkmate. However, as always, nothing goes to plan for Jerry. 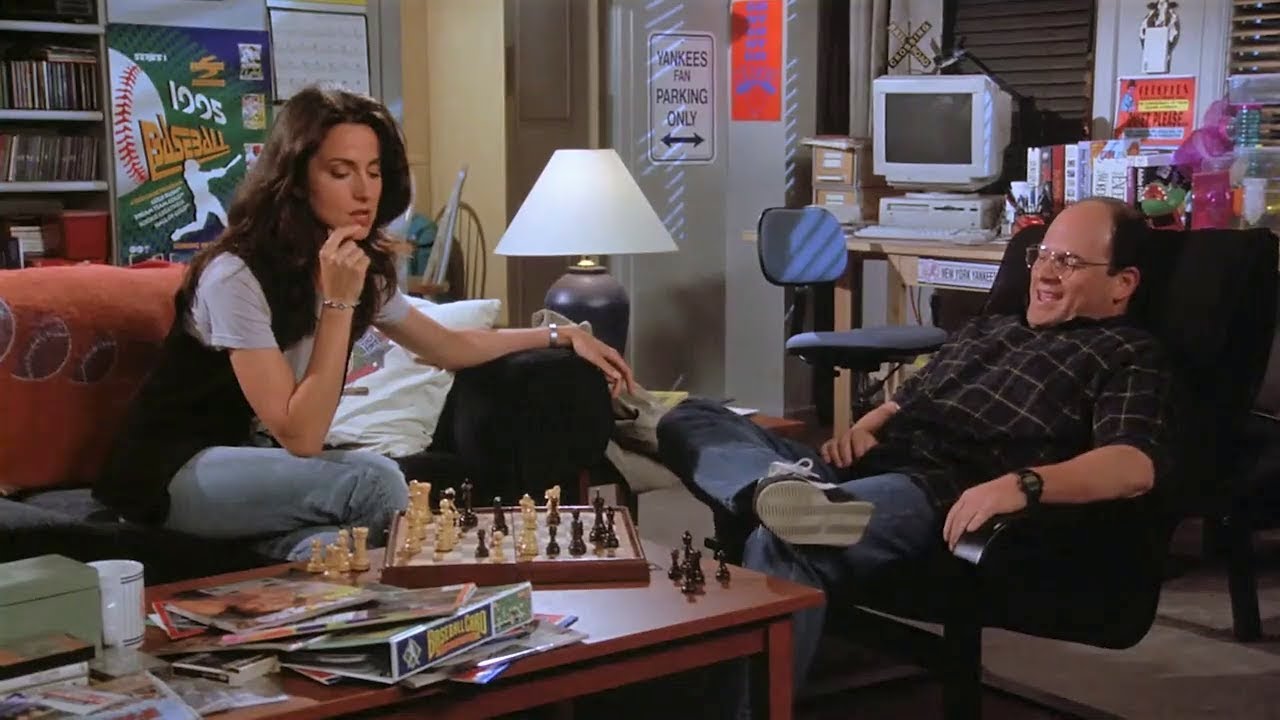 Jerry tries to perform two stand up shows in one night:

At the start of the episode, Jerry plans to perform two stand-up shows in a single night. However, due to the second show being delayed and his plans to catch a movie with his friends, Jerry gives up his place in the second show to a new comedian named Buckles.

On his way to the cinema, Buckles stalks Jerry and coerces him into sharing a taxi cab together. Buckles then proceeds to annoy Jerry by performing a stand-up routine for Jerry that isn’t funny.

Jerry decides to take his second stand-up lot after all but is delayed due to his taxi driver. Buckles takes his spot and gives a stellar performance. In order to make things up to Jerry Buckles decides to shout Jerry to the movies. Where the two end up watching the same movie as Elaine, George, and Kramer, named Rochelle, Rochelle. Albeit it at different screenings.

So while the group of friends failed to watch Checkmate together, they all ended up watching a movie after all. After an endless list of hijinks of course.