During the Seinfeld episode The Bookstore which takes place in the final season of Seinfeld, Jerry and George visit a bookstore named Brentanos, where George decides to look for single women to date. To discover all the hijinks which the Seinfeld crew get up to in The Bookstore, simply continue reading. 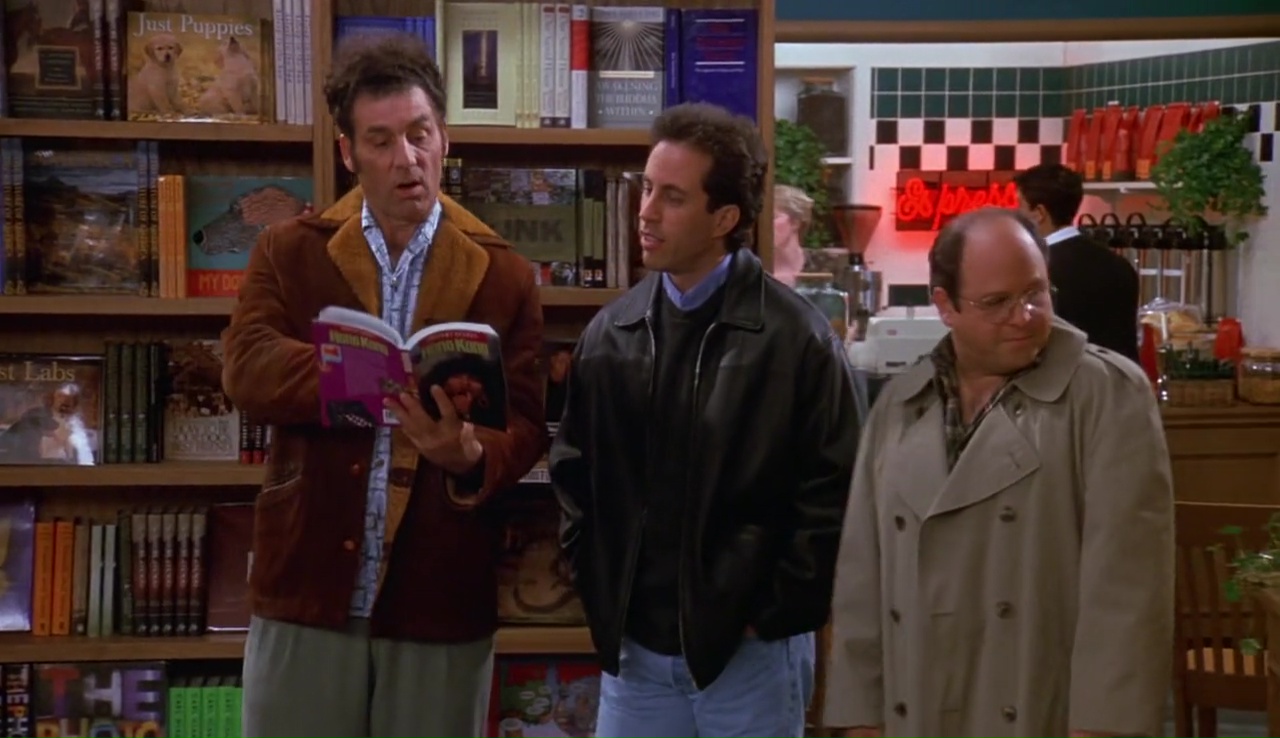 The episode starts off with a fun montage of the activities which Kramer gets up to in Jerry’s apartment when he’s alone. Kramer is shown using one of Jerry’s cushions to mop up a smoothie which he spills everywhere and even rides a bicycle around Jerry’s apartment.

George takes a bathroom into the Bretanos bathroom which sets off an unfortunate chain of events:

Kramer and Newman try to start up a rickshaw business:

Kramer and Newman decide to start up their own rickshaw business. In the hopes of finding drivers, they interview homeless men who they believe may be interested in employment. However, one of the homeless men steals their rickshaw which they imported all the way from Hong Kong. The two men must then try and track down their stolen rickshaw.

So if you’re excited about seeing George gets caught trying to shoplift a book, it’s definitely watching the Bretanos Seinfeld episode which is also known as The Bookstore.