In the episode, The Alternate Side the phrase “these pretzels are making me thirsty” is spoken numerous times. After the episode aired the catchphrase quickly caught on and fans of the show started to throw pretzels at Jerry when he was on stage. To find out how the iconic phrase came out and what happens in the iconic episode, simply continue reading. 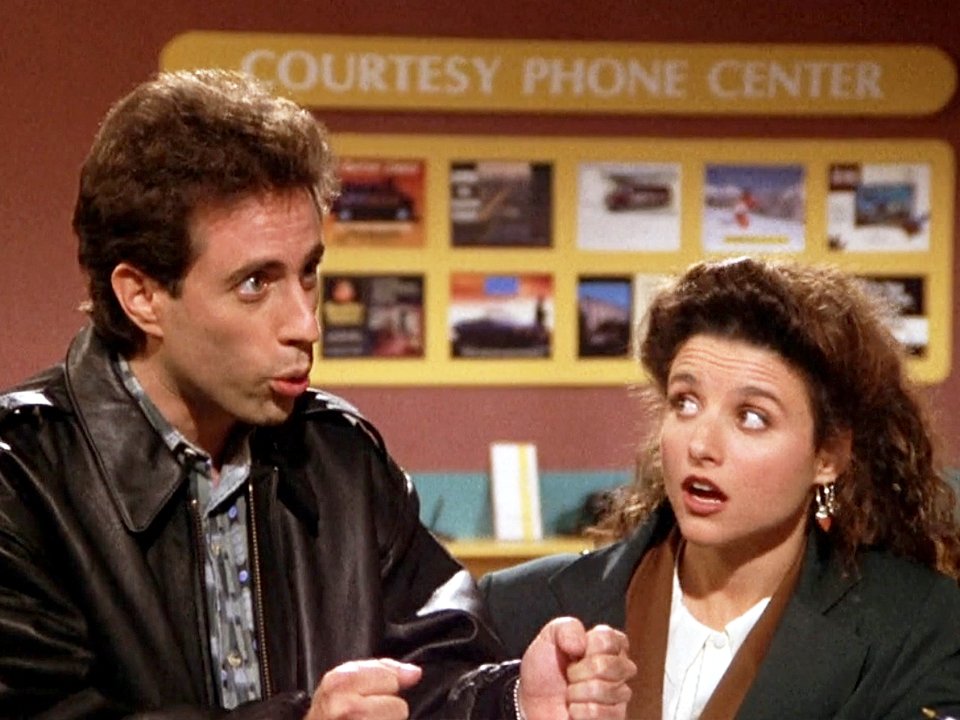 The Alternate Side: These Pretzels Are Making Me Thirsty

Kramer gets a line in a Woody Allen film:

In the episode, Kramer gets a tiny role in a Woody Allen film. his only line being “these pretzels are making me thirsty”. Kramer is fired from the set of the movie after he slams his beer glass on the bar too hard and injures Woody Allen. As a flying glass shard hits Allen.

George gets a temporary job shifting cars across the street in order to help his friend Sid, who is traveling to visit his sick nephew. However, he does an abysmal job and he causes a car accident which in turn results into a huge pile-up of cars. The huge traffic jam delays Woody Allen’s film which Kramer has a line in and he angrily announces that he will never film a movie in New York again. A hilarious moment as the vast majority of Woody Allen’s films are set in New York.

Unfortunately, many of Sid’s clients cancel on him after George’s abysmal job at shifting cars and Sid won’t have enough money to save his nephew’s leg which will have to be amputated.

Elaine tries to break up with her elderly boyfriend who has a shock:

Elaine’s timing is terrible as her 66-year-old boyfriend has a stroke, right before she can end their relationship. Elaine dating a much older man in the episode is seen as a trademark of Woody Allen’s movies which tend to pair young women with men their grandfathers’ age. This plot drew much criticism from fans.

So if you want to see Kramer say the iconic line “these pretzels are making me thirsty”, it’s well worth rewatching the Alternate Side.