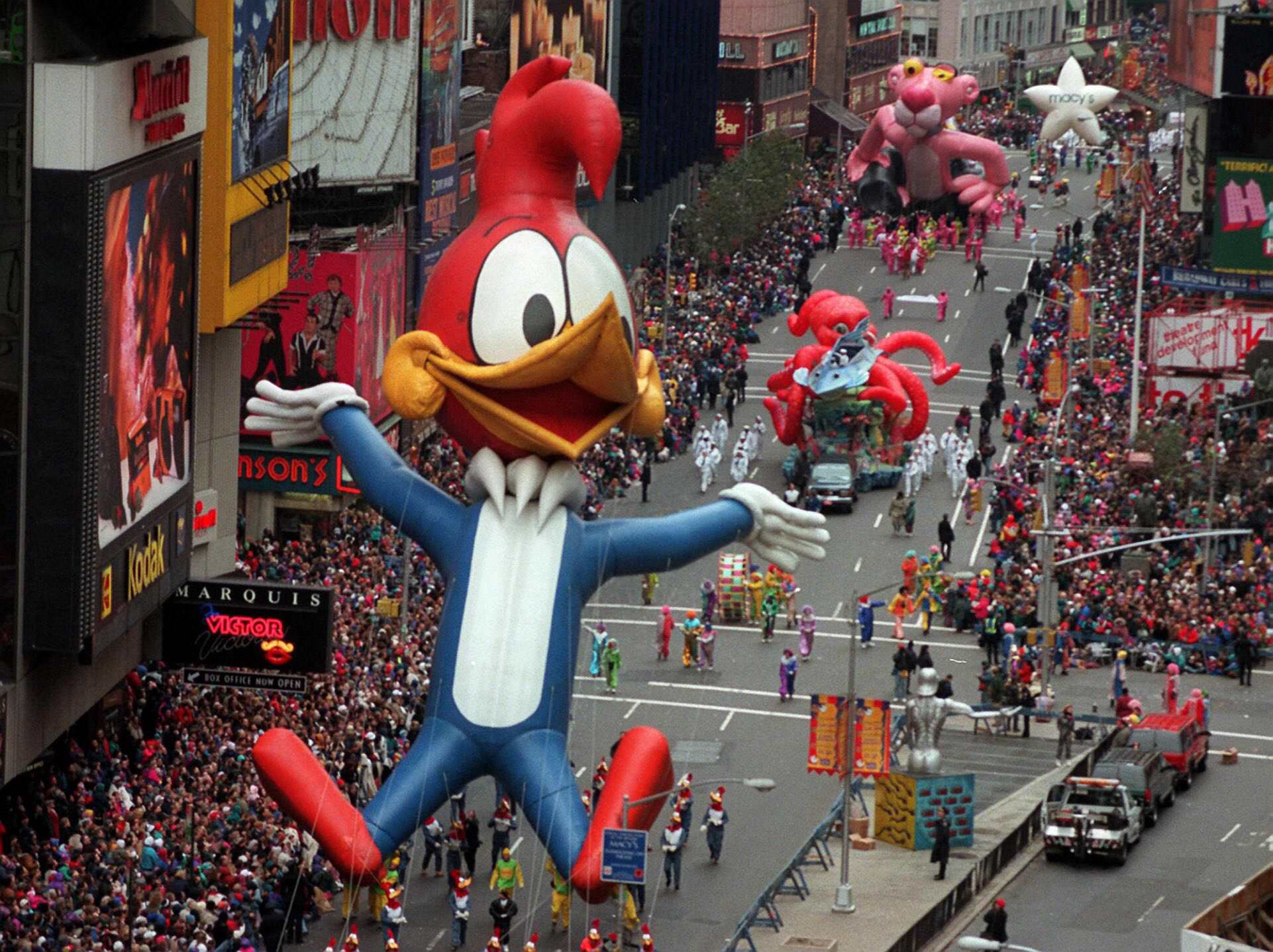 Elaine wins her boss a ticket to hold the Woody Woodpecker balloon at the iconic Macy’s Thanksgiving Parade:

While at work, Elaine’s boss gets her to identify a song for a radio competition in order to hold the Woody Woodpecker balloon at the Macy’s Thanksgiving parade. Elaine gets the question correct and they win the radio competition. For which Mr. Pitt is thankful as he’s always wanted to be a part of the parade which is a staple in New York and draws tens of thousands of people every year.

After annoying George, Jerry gets kicked out of George’s car and is forced to walk. During his walk, he is chased by a group of muggers and ends up falling and badly hurting his teeth. Due to an issue with the boots that he is wearing. As all the dentists’ offices are closed for the day, Jerry tries to come up with a way to get a dentist to take a look at his mouth.

Before the parade is set to take place Jerry is at his dentist’s office which is located in a building next to the parade. Although the practice is closed, his dentist Tim is hosting a party and Jerry believes that he can get a dentist to take a look at his teeth. He then clumsily pushes a miniature statue of the Empire State Building out the window and it lands on and pierces the Woody Woodpecker balloon. Which deflates on top of Mr. Pitt, Elaine’s boss.

If you watch the popping the Woody Woodpecker balloon episode carefully you’ll notice that when the group watches the balloon pass by, it’s nighttime. However, when the balloon is shown to deflate, it’s suddenly daytime.