In the Seinfeld kavorka episode which is named The Conversion, Latvian Orthodox priests tell Kramer that he is the cavorka curse. To find out what the cavorka curse is and whether or not he manages to get rid of it, simply continue reading. 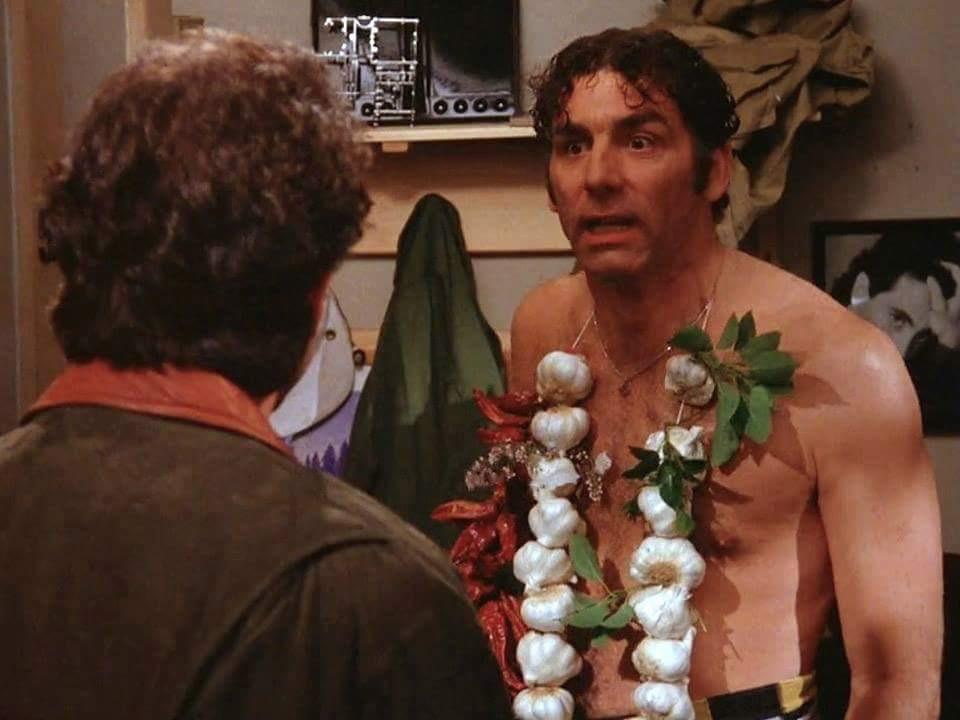 Kramer visits a Latvian Orthodox church in order to pick up George:

George visits a Latvian Orthodox church to talk to a priest about converting, in order to placate his girlfriend’s strict, religious parents. When Kramer arrives to give him a ride back to his apartment a young sister spots Kramer and is instantly in love with him. The priests tell Kramer he has a kavorka curse which gives him an animal allure and has made him irresistible to the young sister. The priests recommend that Kramer starts wearing foul-smelling foods in order to reverse the curse and to free the sister from her obsession.

Kramer starts wearing foul-smelling foods and successfully rids himself of the kavorka curse:

Although he was unsure of whether or not it would work Kramer decides that he has no choice but the follow the priests’ advice. The next time he visits the Latvian Orthodox church the young sister sees him and is revolted by him, due to his foul-smelling stench. Afterward, Kramer is happy that he no longer has to carry around odorous foods.

After all the trouble that George went to, in order to convert to the orthodox church and all of the hassle Kramer went through to rid himself of the lure of the animal, known as the kavorka curse, George gets dumped. As his girlfriend reveals that she is going to live in her homeland of Latvia for a year. This is just George’s luck as he never manages to hang on to girlfriends for long before they dump him.