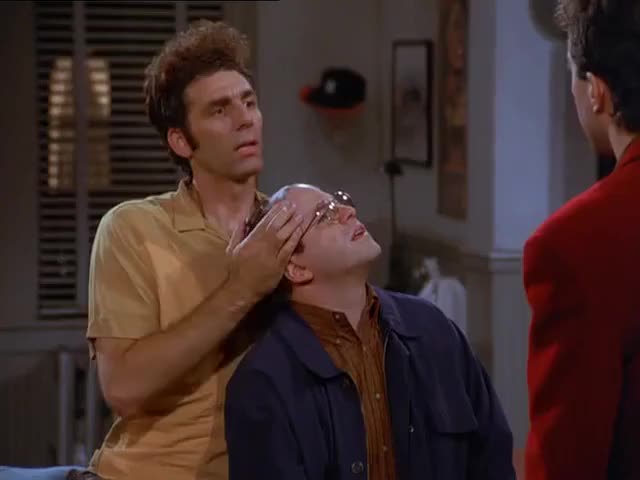 George tries to give Jerry material for his next show:

George tells Jerry that he has a great idea for a joke for Jerry’s next show. George tells Jerry that he can craft a joke around how the biggest toe, is the toe captain and the captain of your little toes. He continues to explain that while the biggest toe is normally the captain, sometimes the second toe can grow longer and can create a coups de toe. Which is a play on words.

Eventually, George can’t keep his feeling to himself and confides in Jerry. When Elaine walks in George tells her that he’s attracted to her and Elaine is mortified. Realizing that both Kramer and Jerry were also infatuated with her voice. Visibly disturbed Elaine quickly makes up an excuse to leave. Once she leaves the apartment George, Kramer and Jerry rush to listen to the message again.

So if you haven’t watched the episode The Tape before, it’s well worth doing so. In order to see Elaine’s prank backfire on her and to hear George’s big toe captain joke.