In an episode named The Stake Out, Jerry ends up playing Scrabble with his friends and his parents. In order to kill time during a stakeout which he and George decided to organize in order to find a mystery woman that Jerry had met at a party. To discover what happened during the Seinfeld scrabble episode, simply continue reading. 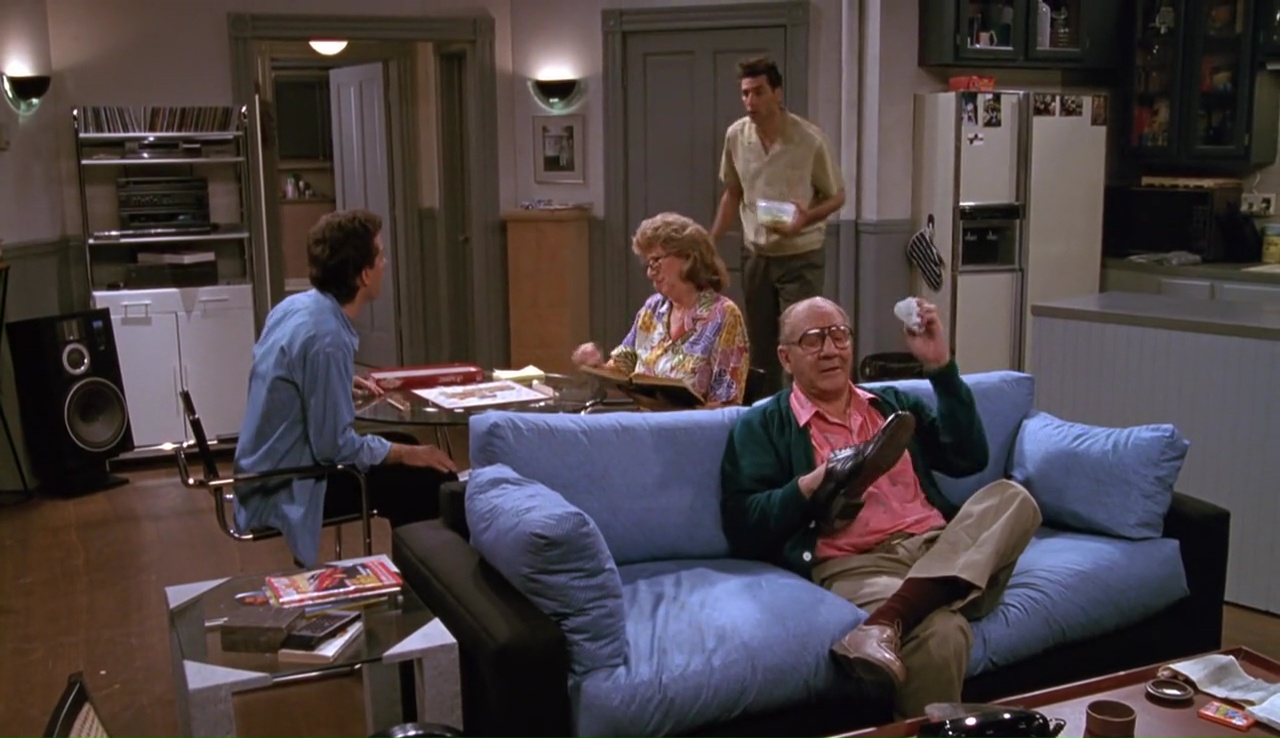 Elaine invites Jerry to a party:

Elaine coerces Jerry to attend a party that she was invited to. While Jerry initially doesn’t want to go, he ends up talking to a beautiful stranger whose name he promptly forgets. Jerry fails to get her number but remembers the office building that she tells him she works in. So he and George decide to stake out the lobby until she walks past. However, Jerry is worried that the woman has a boyfriend as before he could get her number she left the party with a mystery man.

Jerry’s parents decide to help him with his stakeout:

Jerry’s parents are in town and decide to help him out with his stakeout and the group start playing scrabble to help the time go by. Jerry’s mom decides to use the word quone during her turn. However, as Jerry suspects, when he looks it up in the dictionary, it’s not a proper word. Kramer comes to Jerry’s mom’s rescue by insisting that crone is a medical term and can only be found in a medical dictionary.

Jerry’s stakeout is successful and he finds his mystery woman. It turns out the man she left the party with is her cousin and she accepts Jerry’s proposal of going on a date together.

So if you’re excited by the idea of watching the scrabble episode which is known as The Stake Out, it’s definitely worth watching. Especially to see Mrs. Seinfeld try to use a fake word during a game of Scrabble.