In the Seinfeld episode The Money, a woman who Kramer dates suffers from jimmy legs. To find out what jimmy legs is and how it effects Kramer’s new relationship, simply continue reading. As the ending is hilarious. 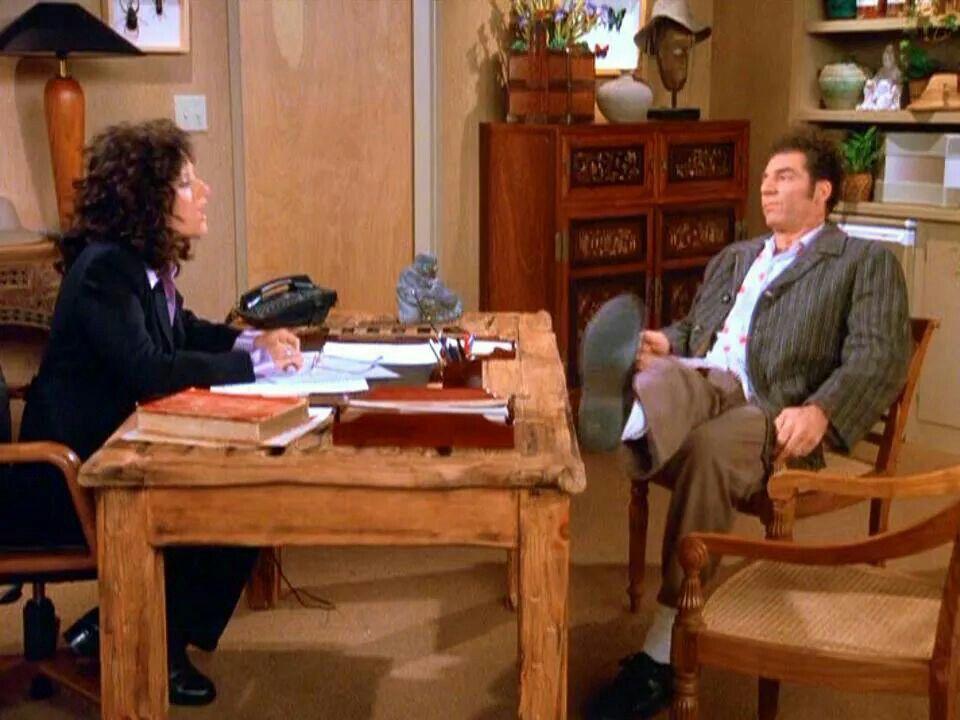 What is jimmy leg Seinfeld?

The medical condition named jimmy legs which is featured in Seinfeld episode The Money is a real medical condition that causes an individual’s leg or legs to twitch uncontrollably. Most individuals find that they’re able to cope with their symptoms by moving their legs, from time to time.

Kramer convinces his new romantic interest Emily to let him sleep at home as he can’t get a good night’s sleep after intercourse as she keeps moving her legs in her sleep. Kramer demonstrates her condition to Jerry by putting one of his legs in the air and shaking it around violently.

Kramer thinks that his apartment is being broken into:

Morty uses his exercise equipment against Kramer’s door at night in order to avoid waking his family. However, Kramer mistakes the noises Morty makes for a burglar trying to break into his home. Where he lives alone.

Kramer runs back to Emily’s house:

Kramer becomes too scared to sleep alone and decides to start sleeping at Emily’s apartment again. However, Emily has discovered that she gets a much more peaceful night’s sleep when she sleeps alone and is not keen to share her bed with Kramer again. Especially as Kramer has started to scream out loud, during his sleep.

As a side plot, Kramer encourages Jerry’s parents to move to Florida in order to enjoy their retirement.

So if you want to see Emily’s jimmy legs and Kramers reaction to her shaky legs, definitely take some time to watch The Money.