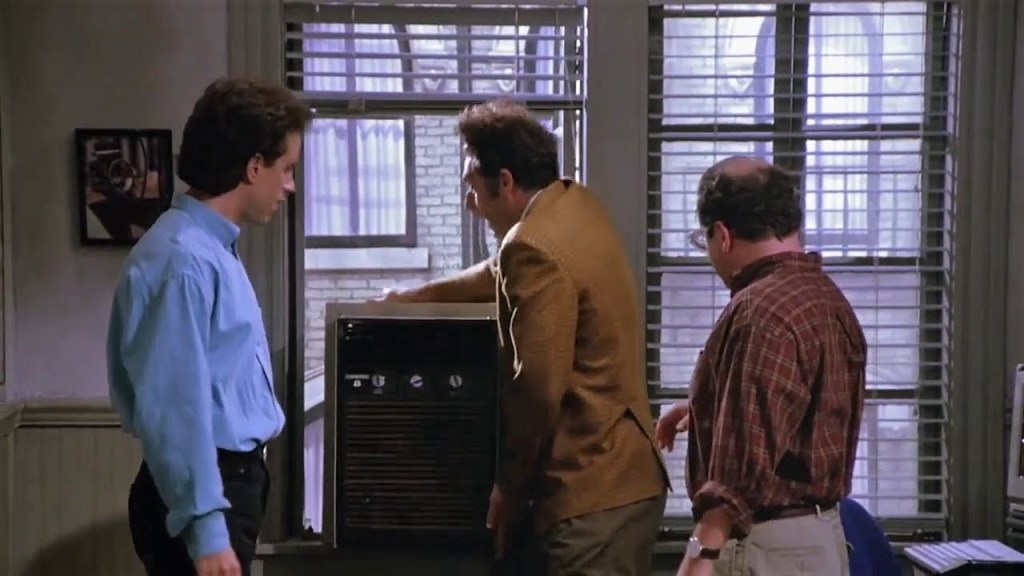 In The Glasses, Kramer tells Jerry that he can get him a new air-conditioning unit for 30% off as he has a friend who works at an appliance store who can give them a deal. Jerry agrees and Kramer produces the Commando 8 which ends up being a black market air-conditioning unit.

When he turns it on for the first time, he is instantly sprayed out of his bathtub and is badly injured. As a result, Jerry decides to pass on purchasing the Commando 450.

So if you want to watch the episodes where Kramer purchases dangerous black market items, make sure to watch The Glasses and The Shower. Both of which are filled with laughs a minute.