The Pledge Drive is the 89th episode of Seinfeld and takes place in the sixth series. To learn about the hilarious plot lines which take place in The Pledge Drive, simply continue reading. 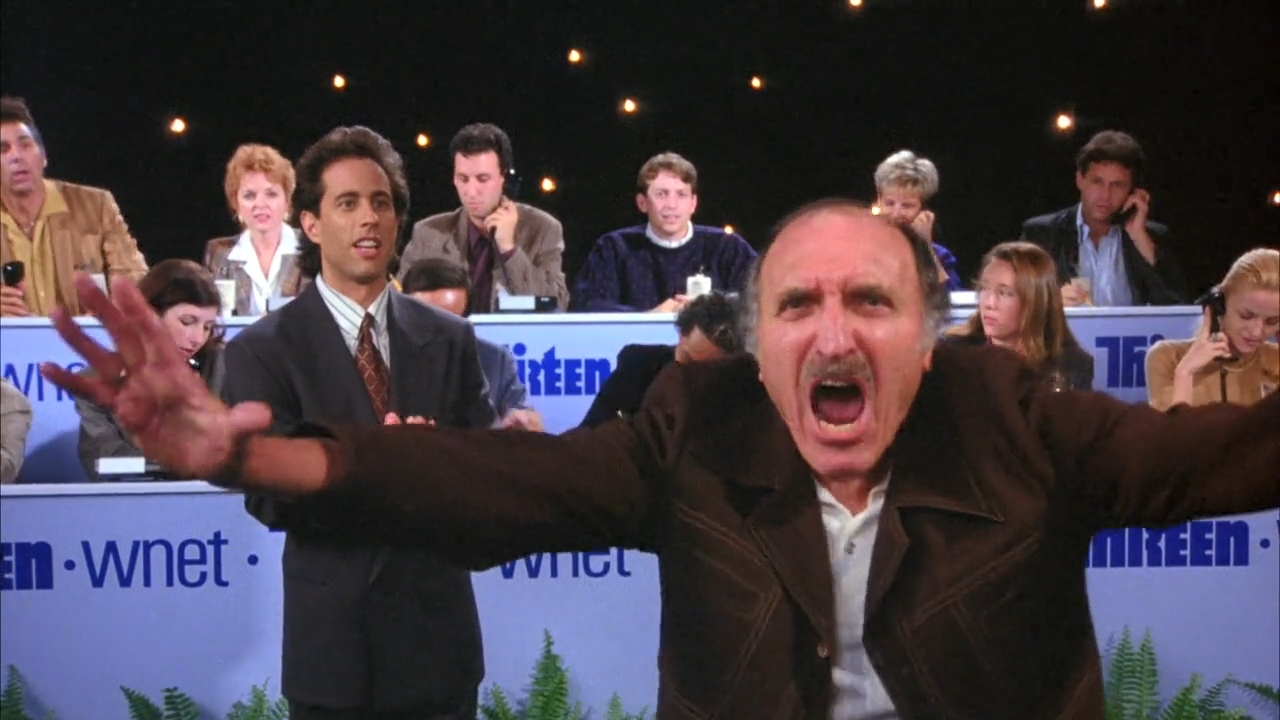 Jerry, Elaine, and George volunteer with a PBS pledge drive:

The primary plot involves Jerry, Elaine, and George’s attempts to raise money for a PBS pledge drive. Of course, nothing goes to plan and the trio find themselves in a whole lot of trouble.

Jerry and Elaine are puzzled by a couple whose telephone voices sound identical:

One of the secondary plots in The Pledge Drive is that Elaine and Jerry are able to tell Elaine’s friend Noreen’s voice from her partner Dan’s voice, during phone conversations. Due to the fact that Dan, who they nickname the high talker, has a strangely high-pitched voice, which sounds as if it belongs to a woman. During one telephone call, Elaine mistakingly believes that she’s talking to her friend Noreen and mistakingly thinks that Noreen has been flirting with Jerry. However, in the end, Noreen gets upset that her friend believes that her boyfriend sounds like a woman and actually decides to hit on Jerry.

It’s well worth noting that one of the reasons for the identity mixup is that other Kramer has met Dan in person and is aware that Kramer has a high pitched voice and sounds like a woman.

Jerry’s grandmother goes on a wild goose hunt in order to deal with bounced birthday cheques:

Meanwhile, Jerry’s grandmother is led on a wild goose hunt, in order to try and deal with bounced birthday cheques.

So if you can’t wait to see Jerry and Elaine mistake, Dan, for his Noreen, it’s well worth watching The Pledge Drive. Which takes place during series six of Seinfeld.