In the episode The Bubble Boy, Jerry and his friends go on a trip to a cabin which belong to the family of George’s girlfriend Susan. To discover what shenanigans the group get up to while they’re upstate simply continue reading. 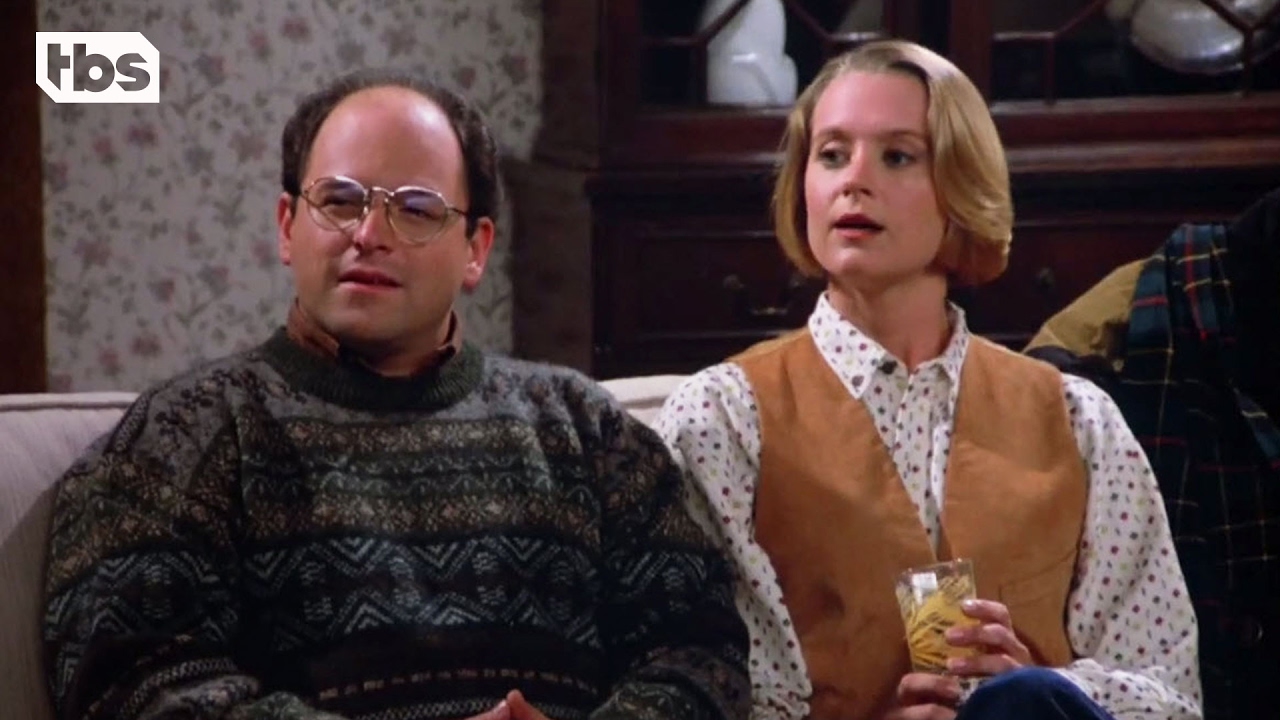 At a cafe on route to the cabin, Jerry and Elaine bump into a man who claims that his son, who has to live in a bubble due to a medical condition, is a huge fan of Jerry’s comedy. The father coerces Jerry into making a special trip to meet his son Donald, on the way to the cabin.

George and Susan get separated from Jerry and Elaine:

While George is supposed to serve as Jerry’s guide to the cabin, he speeds off due to low volumes of traffic. He and Susan get to Donald early and start playing Trivial Pursuit, in order to kill time. During the game George asks Donald who invaded Spain in the 8th century to which Donald correctly replies the moors. However, George doesn’t give him his point as there is a misprint on the card which suggests that the answer is the moops.

In anger Donald strangles George. Susan quickly rushes in to save George and punches Donald’s protective bubble which then bursts. As a result Donald collapses.

Jerry and Elaine decide to head to dinner:

As it’s getting dark and George’s car is nowhere to be seen, Jerry and Elaine make the decision to turn of the interstate and to grab dinner at a diner. Where a waitress asks for his autograph. Jerry makes a joke and signs his name as Gary Seinfeld but after Elaine tells him off he tries to get his signed photo back to fix it. However, the waitress refuses and attacks Jerry.

So if you’re interested in watching Jerry and his friend’s up state adventure and all of the mischief that they get into, make sure to watch The Bubble Boy.