Jerry and his friends plan to head to a dinner party together and trouble ensues. Most of the trouble which the gang gets into in The Dinner Party stems from Elaine’s insistance that the group purchases an edible gift for their host. As Elaine believes that it’s rude to turn up to a dinner party without a gift. Although Kramer is vocal that no gift should be necessary in order to attend a dinner party. 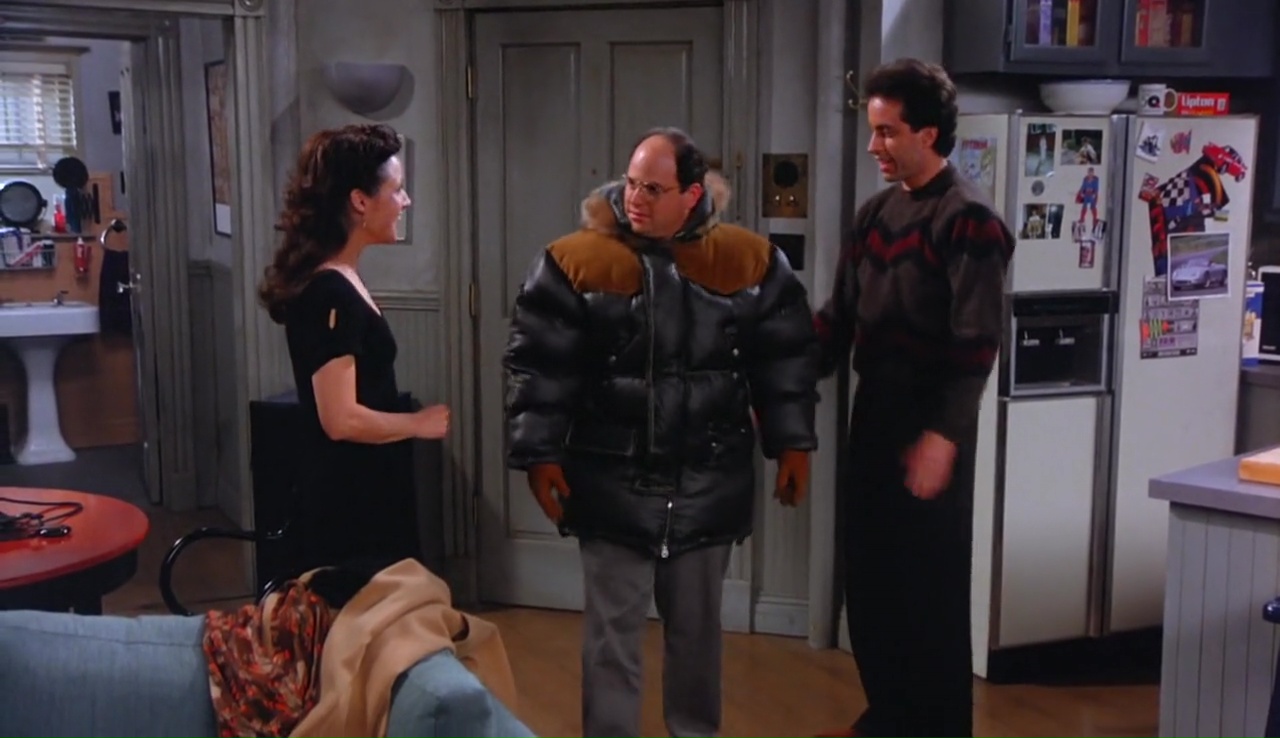 Seinfeld: A Guide To The Dinner Party

Jerry and Elaine miss out on purchasing the last babka:

As they forget to grab a number, Jerry and Elaine narrowly miss out on purchasing the last chocolate babka. That is ironically sold to David and Barbara Benedict, who as fate would have it are headed to the same dinner party. Instead, the pair settle on purchasing a cinnamon babka. However, they then find that there is a strand of hair on their cinnamon babka.

Jerry uses a black and white cookie to talk about his views on race relations:

Kramer and George struggle to purchase a bottle of wine:

The troubles start when the pair are unable to break a $100 bill in order to purchase a single bottle of wine.

In the end, the group leaves the party, straight after giving their host their gift:

By the time the gang get to their dinner party, they are so tired after going through so many challenges that they decide to call it a night and go home, after handing the host their cinnamon babka and bottle of wine.