In the episode The Raincoats Jerry’s father Morty and Kramer decide to go into business together, selling old raincoats. To discover what happens, simply continue reading. 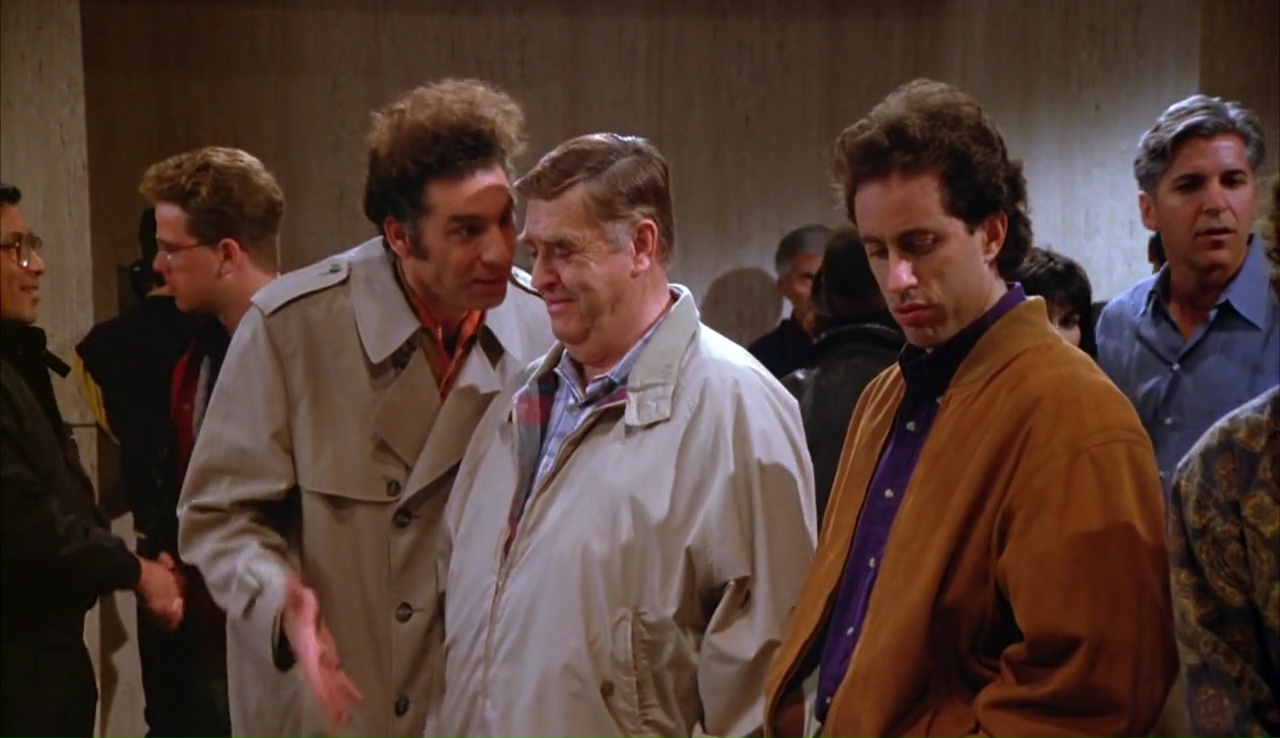 A Guide To The Seinfeld Trench Coat Episode

When Kramer greets Jerry’s parents, Jerry’s father Morty admires the coat that Kramer is wearing, a beltless trench coat. He notices that it was from the executive trench coat line which he produced several years earlier. Morty remembers that he still has boxes of the coats which he was unable to sell earlier and which may be fashionable now. As tastes have changed. Kramer believes Morty is on to a winning idea as he purchased his executive coat at Rudy’s Antique Boutique. According to Kramer, the coats are selling like hotcakes.

Kramer and Morty decide to go into business together:

Kramer and Morty decide to go into business together, in order to sell Morty’s unsold executive coats. That Kramer believes that he can help Morty sell to Rudy’s Antique Boutique.

Morty’s contact tells him that he had to break a window in order to get Morty’s boxes of executive coats:

Morty receives a call from his contact, that he had to break a window, in order to gain access to Morty’s boxes of executive coats, which were stored in a garage. He gives Morty the good news that his coats would arrive in New York by 2 pm the next day. While Morty planned to visit Paris, he has to cancel his trip in order to be in New York on time, to pick up his coats.

After Rudy purchased some of Morty’s old clothes which were moth-infested and damaged a lot of his store’s stock, Rudy reveals that he’s no longer interested in purchasing clothes from Morty and Kramer.

In the end, Morty and Kramer are forced to give up on their plans to sell off Morty’s executive, beltless coats.